Here’s a cautionary tale about how hard it is to verify whether someone is who they say they are:

Syrian lesbian blogger is revealed conclusively to be a married man 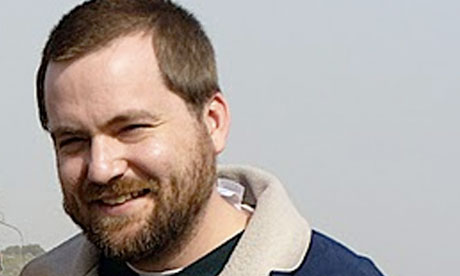 Syrian lesbian blogger has been revealed to be Tom MacMaster, an American based in Scotland. Public domain

The mysterious identity of a young Arab lesbian blogger who was apparently kidnapped last week in Syria has been revealed conclusively to be a hoax. The blogs were written by not by a gay girl in Damascus, but a middle-aged American man based in Scotland.

The Guardian, frankly, has not covered itself in glory on this issue. The story itself makes no mention of the fact that the paper itself was duped. It was, after all, bloggers did the detective work that uncovered the hoax, not they. There’s this mea culpa, buried deep in a secondary story but it doesn’t apologise for misleading readers for more than a month:

The Guardian did not remove all the pictures until 6pm on Wednesday 8 June, 27 hours after Jelena Lecic first called the Guardian. It took too long for this to happen, for which we should apologise (see today’s Corrections and clarifications). The mitigating factors are that we first acted within four hours but compounded the error by putting up another wrong picture, albeit one that had been up on our website for a month, was unchallenged and was thought to have come directly from “Amina”. We know for a fact that the two pictures are of Jelena Lecic, but we didn’t know much else until thisevening. But we do know that when using social media – as we will continue to do as part of our journalism – the Guardian will have to redouble its efforts in establishing not just methods of verification, but of signalling to the reader the level of verification we think we can reasonably claim.

And even The Guardian hasn’t yet corrected itself: This piece is still up, uncorrected, and illustrating some more journalistic traits by not sourcing the story or expressing any “unconfirmed” thoughts:

The only suggestion that something is amiss is this at the end:

Bottom line. Journalists have got to be smarter: smarter about the old things, such as dual sourcing, being sceptical about everything (a lesbian blogger in Damascus posting pictures of herself and using her real name? Even the author of the Guardian pieces was using a pseudonym—itself a no-no) and doing some basic legwork in trying to authenticate the person. And smart about new stuff: using the same tools the bloggers themselves used in exploring the real person behind it (those people could be forgiven for not having done this earlier: they, after all, are a community and accepted ‘her’ as one would in such a community.)

So what are those ‘new’ tools?

These new tools need to be learned by journalists. And we need to learn them quickly.

We also need to find better ways to correct things when we get them wrong, and, frankly, to say sorry. Here are some other outlets that fell for it and have yet at the time of writing to either apologise or correct their stories:

CNN: “Will gays be ‘sacrificial lambs’ in Arab Spring?”

NYT (since corrected, sort of, but the comments are intriguing. Readers are gullible too, although they might reasonably feel aggrieved that the NYT didn’t do its job in checking the facts): After Report of Disappearance, Questions About Syrian-American Blogger – NYTimes.com